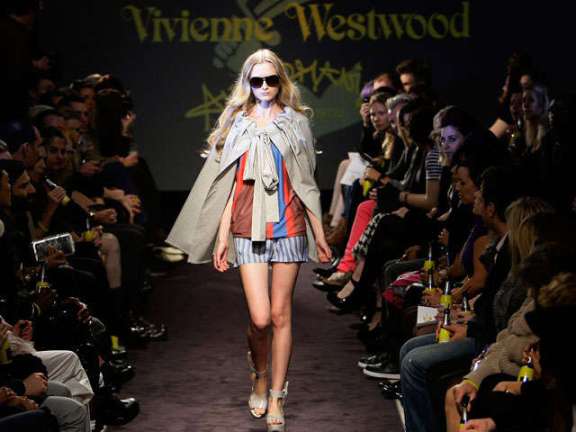 I have found some list of her collections. But I think that it is uncompletely so I hope, I will find rest of this…

The early collections were presented not on the catwalk but within the shop environment. The name and iamge of the s
hop at 430 King’s Road changed according the look of the clothes.

END_OF_DOCUMENT_TOKEN_TO_BE_REPLACED

British designer Vivienne Westwood (born 1941) is often credited with being the creator of “punk fashions, ” among other trend-setting styles.

Vivienne Westwood was born in Tinwhistle, England, in 1941. Following just one term at the Harrow Art School, Westwood left and trained to become a primary school teacher. She earned her living teaching until she crossed paths with Malcolm McLaren, the man behind the punk rock group The Sex Pistols.

Under McLaren’s guidance and influence, Westwood slid into the world of youthful fashion, which reflected the turmoil of those rebellious times. She was responsible for mirroring and outfitting the social movements characterized by the growing segments of British population known as the Teddy Boys, Rockers, and, finally, the Punks. END_OF_DOCUMENT_TOKEN_TO_BE_REPLACED

At least a couple of photos of  Gucci ad campaign for fall/winter 2010 I bring you. This campaign looks like her predecessor in spring/ summer 2010 (compare) …. I like these contrasts.